The War was designed and created by none other than Abraham Lincoln.

After almost four months of tolerating United States Army in South Carolina, the South was hopeful that there would be no violence and U.S. Army Major Anderson and his 80+ men would be leaving South Carolina soon without conflict.

While the South was hopeful, Lincoln was orchastrating a war. Warships were sent South to reinforce South Carolina's Fort Sumter and Florida's Fort Pickens. That was the beginning of the war.

U.S. Navy Captain Gustavus Vasa Fox was the man Lincoln chose for the expedition to provision Fort Sumter. Here's a message, in part, that Lincoln sent to Captain Fox not long after the failed attempt.

"I sincerely regret that the failure of the late attempt to provision Fort Sumter should be a source of any annoyance to you. The practicability of your plan was not in fact brought to a test By reason of a gale, well-known in advance to be possible and not improbable, the tugs, an essential part of the plan never reached the ground while by an accident for which you were in nowise responsible, and possibly I to some extent was, you were deprived of a war vessel with her men which you deemed of great importance to the enterprise. I most cheerfully and truly declare that the failure of the undertaking has not lowered you a particle, while the qualities which you developed in the effort have greatly heightened you in my estimation. For a daring and dangerous enterprise of a similar character you would to-day be the man of all my acquaintances whom I would select. You and I both anticipated that the cause of the country would be advanced by making the attempt to provision Fort Sumter even if it should fail, and it is no small consolation now to feel that our anticipation is justified by the result."

Lincoln knew exactly what would happen if South Carolina knew he had war ships on their way to South Carolina to reinforce Fort Sumter. And as soon as Lincoln got what he wanted (Fort Sumter fired upon) Lincoln asked the Governors of the several states for 75,000 militia to take back all the Forts in the States who had seceded.

The War wouldn't have been, if the newly elected President didn't very purposefully start the War.

The Southerner didn't have a problem with the United States Constitution.

Here are a few Southerners who did appreciate the United States Constitution.


All of these men were Southerners, Virginians. The Southerner was never the enemy of the United States Constitution. There were and are enemies of liberty and there's no reason for a Northerner to look South to find them, they should have their eyes set on the East.

Based on Abraham Lincoln's continual violations of the U.S. Constitution, I believe it's safe to say he hated it. And I believe it is safe to say the South was aware of his lack of reverence for it. 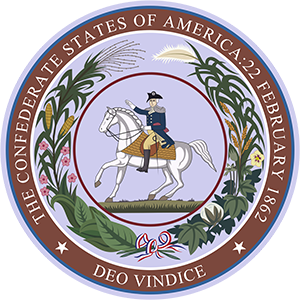 Article 4 Section 2 clause 3
No Person held to Service or Labour in one State, under the Laws thereof, escaping into another, shall, in Consequence of any Law or Regulation therein, be discharged from such Service or Labour, but shall be delivered up on Claim of the Party to whom such Service or Labour may be due.
Amendment X
The powers not delegated to the United States by the Constitution, nor prohibited by it to the States, are reserved to the States respectively, or to the people.
Articles of Confederation, Article II, March 1, 1781
Each state retains its sovereignty, freedom, and independence, and every power, jurisdiction, and right, which is not by this Confederation expressly delegated to the United States, in Congress assembled."

The States gathered together and created the Government, the government they created didn't create the States. The States make up the Union, the Union does not make the States. States join the Union, and States can leave the Union whenever they decide and for any reason or no reason at all. It's the States decision. No State surrendered its sovereignty.


"On March 2, 1861, after seven states seceded and two days before Abraham Lincoln’s inauguration, Sen. James R. Doolittle of Wisconsin proposed a constitutional amendment that read, “No state or any part thereof, heretofore admitted or hereafter admitted into the union, shall have the power to withdraw from the jurisdiction of the United States.”

Several months earlier, Reps. Daniel E. Sickles of New York, Thomas B. Florence of Pennsylvania and Otis S. Ferry of Connecticut proposed a constitutional amendment to prohibit secession. Here’s a question for the reader: Would there have been any point to offering these amendments if secession were already unconstitutional?

On the eve of the War of 1861, even unionist politicians saw secession as a right of states. Rep. Jacob M. Kunkel of Maryland said, “Any attempt to preserve the union between the states of this Confederacy by force would be impractical, and destructive of republican liberty.”

Both Northern Democratic and Republican Parties favored allowing the South to secede in peace. Just about every major Northern newspaper editorialized in favor of the South’s right to secede. New York Tribune (Feb. 5, 1860): “If tyranny and despotism justified the Revolution of 1776, then we do not see why it would not justify the secession of Five Millions of Southrons from the Federal Union in 1861.” Detroit Free Press (Feb. 19, 1861): “An attempt to subjugate the seceded states, even if successful, could produce nothing but evil — evil unmitigated in character and appalling in content.” The New York Times (March 21, 1861): “There is growing sentiment throughout the North in favor of letting the Gulf States go.”--Walter E. Williams, "Historial Ignorance"

"The young son of a family I know, museum-quality specimens of Midwestern liberals, recently wrote to the President about the oil situation. Mr. President, he said, you should do away with cars and make everyone ride horses. However much a Southerner might prefer horses to gas-guzzlers, it would never occur to one of us that the first thing to do was to demand that the government undertake universal enforcement of our preference. This is normal behaviour for a Yankee and is even considered a mark of superior virtue and intelligence."--Clyde N. Wilson

"If the Declaration of Independence justified the secession of three million from England in 1776 then why did it not justify the secession of five million Southerners from the Union in 1861?"--Horace Greely, New York Tribune